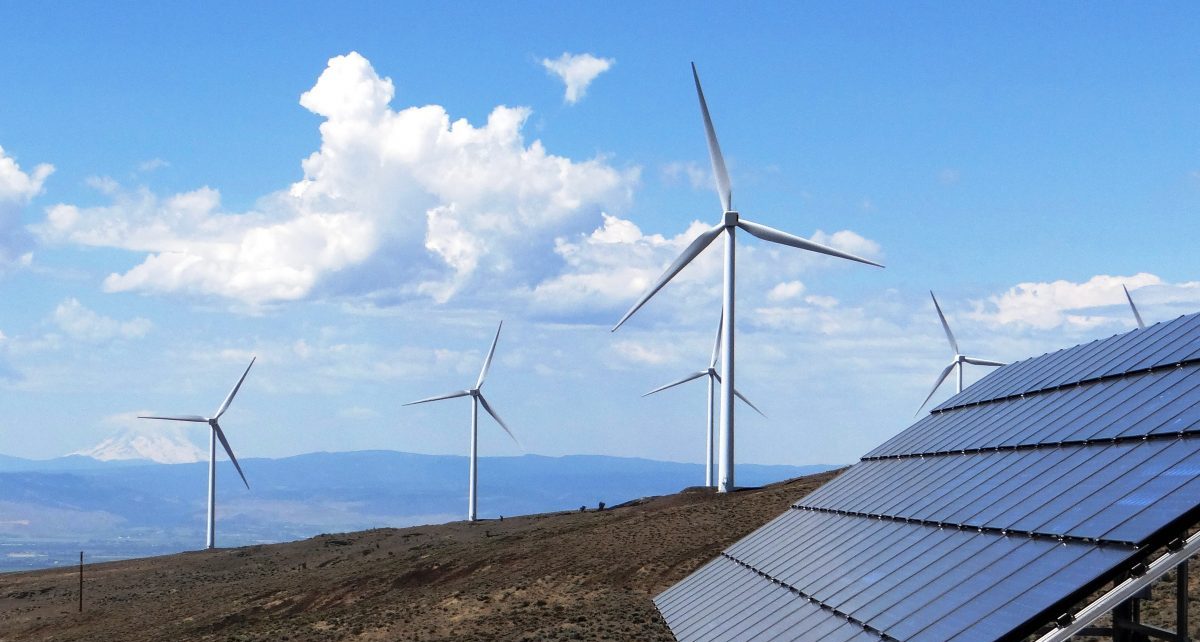 Nigeria’s economy needs quick and stable growth over a few decades if it is to create jobs for its 21 million unemployed citizens and lift 87 million people out of extreme poverty. To achieve this growth, Nigeria will require a lot of energy, regardless of what sector gives us that growth. In agriculture, fertilizers, tractors, and combine harvesters needed to make Nigerian agriculture more productive would all require energy. Energy is also required to power the computers, phones, data centers, and communications infrastructure that the technology sector need to work.

The importance of energy cannot be overstated. The Industrial Revolution, which caused living standards in Europe and the US to dwarf other countries, was made possible by a steep increase in energy consumption. In more recent years, China’s rapid economic growth has been accompanied by an increase in energy consumption of 210% between 2000 and 2017.

We Can’t Pollute Our Way to Growth

But for the sake of its citizens, and the world at large, Nigeria cannot grow in the same way as Europe, the US, or China. Growth in these countries was primarily powered by coal and other fossil fuels which release greenhouse gases (GHGs), particularly carbon dioxide, into the atmosphere. Emissions of GHGs since the Industrial Revolution have contributed to an increase in the earth’s average temperature which is causing a change in the earth’s weather patterns—what we call climate change.

With new laws on climate change, Nigeria or any other country won’t be allowed to grow in the ‘dirty’ way that China or the US did. However, given that Sub-Saharan Africa is responsible for only approximately 1% of cumulative GHG emissions, one could argue that it is unfair to suggest that African countries cannot take advantage of fossil fuels in the same way other countries did.

Climate change would leave Nigeria vulnerable to droughts, which, given our dependence on rain for food production, would likely to cause famine. Additionally, a rise in sea levels would lead to more frequent and severe flooding in coastal areas such as Lagos and Port Harcourt. Further compounding matters, research shows that borrowing costs are higher for countries with a high risk of climate change. Whether or not this is fair, climate change is Nigeria’s problem, and its growth must largely be powered by cleaner and renewable energy sources like solar and hydro.

Climate change aside, renewables might still prove to be better energy sources for the country. Due to rapid cost declines and technological improvements, solar power is becoming cost competitive with gas power plants in areas with levels of solar exposure similar to Northern Nigeria, making solar energy an increasingly viable solution for Nigeria’s electricity problems.

Additionally, solar power is the most suitable option for extending energy access to remote rural areas. Fossil fuel power stations benefit from economies of scale, so they are well suited for large plants that feed electricity into a central grid. However, extending the grid to sparsely populated remote areas is sometimes cost prohibitive, and because of this, 20 million Nigerian households have no access to electricity. Solar panels, on the other hand, can be deployed in rural areas, either as stand-alone panels on houses or as micro or mini-grids that serve entire communities. This would enable beneficial economic activities and raise incomes in these areas.

The link between fossil fuels and droughts or rising sea levels is not immediately apparent, but as the soot in Port Harcourt shows, fossil fuels have more visible and immediate environmental effects. From the US to China, countries that have relied on fossil fuels for most of their energy needs have typically experienced harmful air pollution in their biggest cities. These air pollution issues lead to respiratory and other health problems for the population—London’s Great Smog of 1952 may have led to as many as 12,000 deaths. As Nigeria’s population grows and more people move to cities, continued reliance on fossil fuels will lead to similar air pollution issues in our cities.

Nigeria cannot afford to ignore climate change in its quest for economic growth. It needs to power that growth without damaging its environment. The argument is more convincing as the on-going decline in renewable energy costs means countries no longer have to choose between protecting the environment and growing their economies. It is the route Nigeria must take, lest Lagos becomes the next Beijing, where face masks are a necessary accessory.